Martha Gonzalez has been knocking on doors in the Boyle Heights neighborhood of Los Angeles since 2017. She confronts apathy, ignorance, and disinformation in the service of bringing health education to her neighbors. Martha is what’s referred to as a promotora; a trained layperson who delivers basic health education in a community. She works for Clinica Romero, an organization that has been providing healthcare for underserved communities in Los Angeles since 1983. Over the last four years, promotoras from Clinica Romero have brought vital health education on topics ranging from women’s health to cancer into public housing facilities in and around Boyle Heights. Martha also lives in one of those facilities, Ramona Gardens, which makes her uniquely qualified to bring her message to its underserved residents.

Clinica Romero’s partnership with USC began three years ago when USC University Relations secured a grant from The California Wellness Foundation to canvas public housing facilities to identify why residents weren’t utilizing federal and state health care programs for low-income people. Despite being in the vicinity of a leading research hospital, the social determinants of health —which are the social, environmental, and economic conditions under which people live their lives — are poor in the neighborhoods around the USC Health Sciences Campus. The university wanted to understand the barriers that kept residents from using benefits they were eligible for. USC brought in Clinica Romero & Martha’s team of promotoras for the work.

The neighborhoods containing the public housing facilities are home to many Latino/a residents, and roughly a third of the population across the neighborhoods are living below the federal poverty level. As shown in the visualization below, more than half the population has less than a high school education and more than a quarter of households are considered “linguistically isolated,” meaning that no one over the age of 14 reported speaking English “very well.”  As shown in the graph below, these numbers far exceed Los Angeles County averages.

Promotoras like Martha can be valuable emissaries in the task of reaching across cultural and linguistic barriers. They can talk to residents, many of whom they know, and get honest answers that might not be shared with university researchers. The promotoras surveyed over 2500 families and learned that fear and misinformation played a big role in resident’s reluctance to embrace government health programs. They were worried the government would send them a bill for services or that their immigration status would be affected. Martha and her team were in the middle of this work when the covid pandemic hit.

Clinica Romero staff watched the pandemic race westward across the globe and knew they would have to act quickly.  The California Wellness Foundation allowed funding to be refocused on Covid humanitarian relief. The clinic swiftly expanded their workforce by employing students whose colleges had closed because of the virus. In March of 2020, just two days after everything shut down, Clinica Romero had a food distribution network up and running. During the fraught pre-vaccine months, Martha and the team distributed food, personal protective equipment, and crucial education to the public housing communities they served. They held town halls featuring medical professionals who informed the public about the vaccine development process and the best practices to avoid infection. 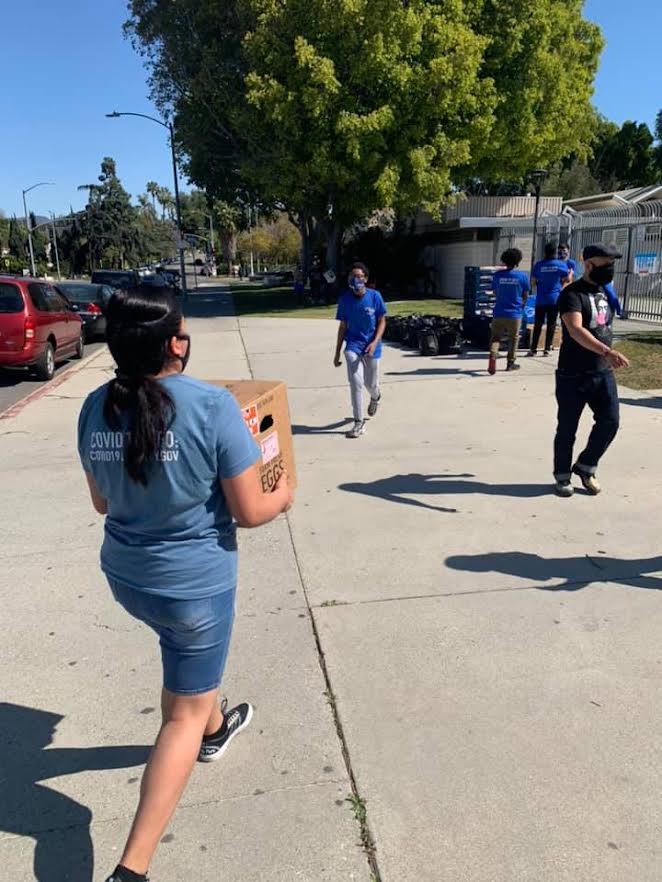 As the vaccines became available this past spring, there was some funding left over, so Clinica Romero, in partnership with YMCA, set up vaccination sites in the area. Martha and the promotoras went to work trying to encourage people to get vaccinated. As the delta variant surge ripped through Los Angeles, the team needed to leverage all the trust they had built up over the years to combat misinformation regarding vaccination that was circulating withing the community. Residents were fearful of getting vaccinated for the same reasons they didn’t utilize federal and state health insurance, but rampant misinformation about the vaccine on social media and from ill-informed family members compounded the problem of hesitancy. During a dire emergency like Covid 19, the promotoras were needed conduits of health information that could be delivered with the authenticity of a neighborly visit. This colloquial approach allowed medical knowledge to be communicated in a ways that could break through social barriers that might be insurmountable for more formal health personnel.

Martha and the promotoras didn’t know if they’d moved the needle on vaccination rates until Clinica Romero received additional funding to survey housing residents about hesitancy late this past summer. It turns out that the effort paid off. In three of the four public housing facilities that were surveyed vaccination rates are well above the Los Angeles County average of 80 percent.  In Ramona Gardens the vaccination rate is 92 percent. Dulce Acosta, the Senior Principal Director for Community and Local government partnerships at USC, wants people to understand that this pandemic brought out a lot of informal first responders, people like Martha, who she says, “risked their lives every day, to do this work”.

The work continues. Vaccine hesitancy is one of the main reasons why the pandemic continues to drag on. One housing project in the area, William Mead, still has an adult vaccination rate that is five percent below the county average, but the bulk of hesitancy is now centered around children.  Among vaccinated parents in Ramona Gardens, only 21 percent are interested in vaccinating their children. That number was the highest amongst the four canvased facilities. In William Mead, only two percent of parents say they are interested in vaccinating their children. 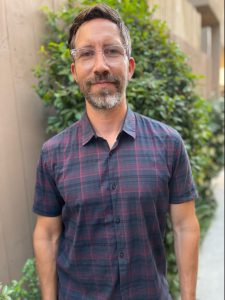 Dan Oberle is pursuing a Master of Urban Planning degree at The Price School. Prior to his arrival at USC, Dan worked as a documentary film editor in Los Angeles for many years. At USC he hopes to focus on housing and how the built environment influences cities as complex, social-ecological systems. He believes that design and data can be powerful tools to address the hidden inequities embedded in these systems. Dan holds a bachelor’s degree from Florida State University. 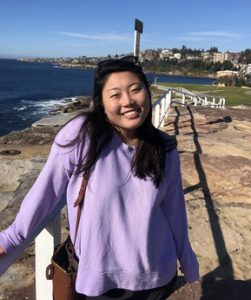 Aileen is a Master of Urban Planning (Class of 2022) student at the USC Sol Price School of Public Policy with a concentration in environmental planning and analysis. She obtained her undergraduate degree in environmental studies with a minor in gender and sexuality studies from Rhodes College in Memphis, TN. Aileen’s interests lie in GIS mapping and public parks and her dream is to utilize GIS technology to create accessible greenspaces that serve as solutions to a wide variety of community problems. She is originally from Houston and enjoys hiking, farmer’s markets, and the color pink!