The California Department of Public Health reported in 2017 that completing a formal education is a crucial step on the pathway to securing fulfilling employment that can provide food, housing, transportation and other livelihood improvements essential to a healthy life. However, educational attainment differs across economic and racial lines. Since 2003, the achievement gap in California between low-income students and their more affluent peers has remained between 25 and 30 percentage points. Moreover, only 21% of Black students and 28% of Latinx students in California met eighth-grade benchmarks for math in 2019, compared to 54% of white students.

These differences are not a predetermined fate for certain groups of students. Instead, they are indicative of systemic problems in the public education system that can be addressed given the right approach. This data story, written in collaboration with Orenda Education and Think Together, highlights work that these organizations have undertaken in partnership with school districts in Los Angeles to address educational equity. Without taking steps to improve equity in our schools, low income students and students of color will continue to be underserved by our educational system. This, in turn, undermines graduation rates and college readiness, consequently limiting career opportunities and long-term economic livelihood for these students and their communities.

Analyzing underlying systems and practices in place at the district and school levels can reveal opportunities for addressing this equity gap and maximizing access to a high-quality education for all students. From 2003 to 2006, a partnership formed between Whittier Union High School District (WUHSD) and Orenda Education that exemplifies this type of equity-focused, systemic approach to school improvement. Prior to the partnership, only 20% of students in the district tested at or above grade level proficiency in math and only 24% in English Language Arts (ELA). This lagging achievement motivated the district in 2003 to reach out to Orenda Education, an organization that considers itself a “thought partner” for school leaders looking to accelerate learning and achievement for their students.

The first stage of the Orenda Education partnership involved an assessment of equity and student achievement, culminating in a report delivered to district and school leaders that identified barriers and charted a course for improvement. The study informed the design and implementation of the following systems-based changes:

1. Establishment of a structured system for teacher collaboration and support using a teacher leaders model;

2. Assessment, curriculum, and instructional design and review guided by collaboration between teachers and administration;

3. Measurement of progress through data reflections at student, school, and district levels. 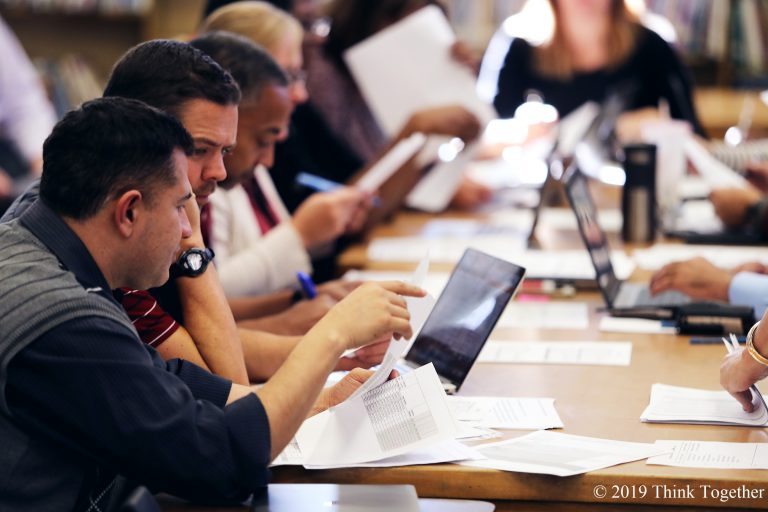 As a result of the partnership with Orenda, the district developed substantive collaboration across courses, departments, and schools and more effective coordination with all five elementary partner districts whose students matriculated to WUHSD schools. Additionally, the district also benefited from an extensive network of teacher leadership that facilitated the continual improvement of instruction through conversations about student data and best practices to improve student performance.

“The foundational skills learned from Orenda were instrumental in forging the steady and ongoing progress in our relentless efforts to narrow the achievement gap and prove that ‘demographics do not determine destiny.’” 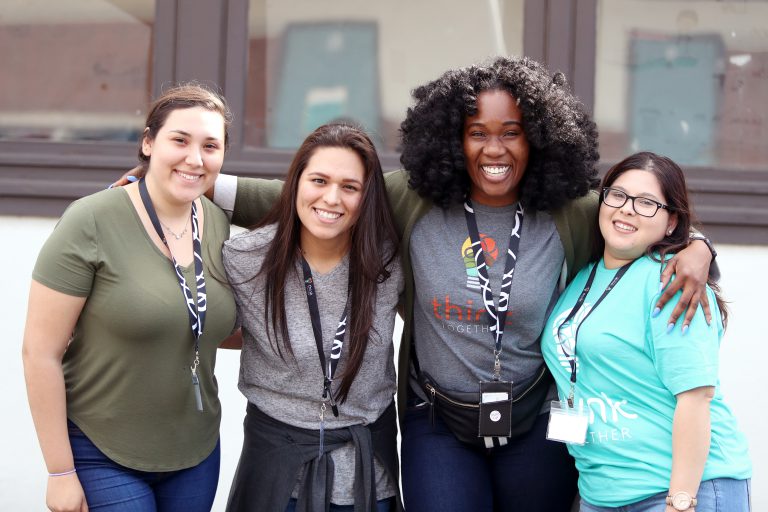 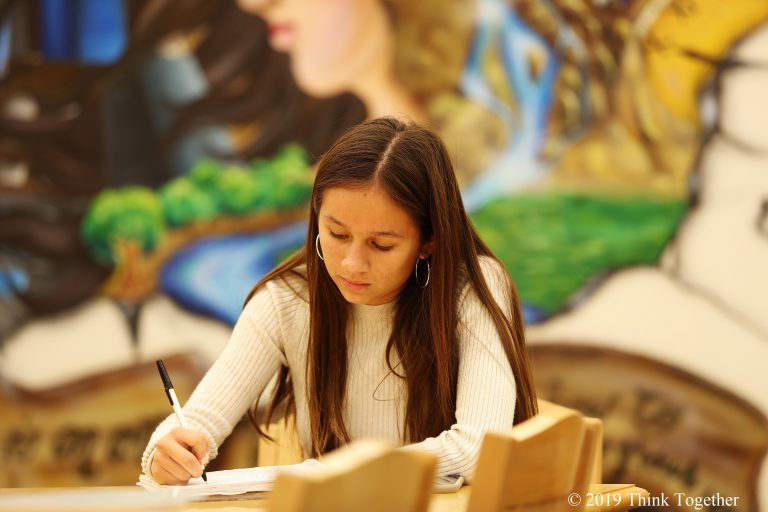 After systemic changes were put in place, other collaborations helped to fill in gaps with programmatic support. At schools which feed into WUHSD, Think Together elevated Orenda’s approach with wrap-around programmatic services such as early learning and afterschool programs that extend learning opportunities for students. In 2017 89% of students participating in Think Together afterschool programs felt that it helped them stay engaged in school, while 85% of students were more interested in college. These experiences magnify the accelerated learning taking place in districts that implement a systems-change approach as well as get students thinking beyond high school towards college and career.

Data from state assessments before, during, and after Orenda’s intervention in WUHSD revealed significant proficiency gains across the board. By the time Orenda completed their process in 2006, 45% of students in the district tested at or exceeded grade level proficiency in math and 47% in ELA. The graph below illustrates that this growth in student learning continued to improve in the six years following the partnership, exemplifying the sort of long-term success that can be sustained by systems-based change.

With such positive results for schools and students, it’s important to see how interventions like this may change the demographic and socioeconomic make-up of neighborhoods. One might assume that with rising school quality, more affluent and less diverse families may move into the district and displace former residents. Studies suggest that dysfunctional schools played a significant role in fueling “white flight” to the suburbs from 1960 to 1980, and so one might reason that improved schools may encourage the reversal of that trend. However, on the contrary, the number of Latinx and Black households in the neighborhoods served by WUHSD actually increased as schools improved.

The school district is comprised of five neighborhoods: Santa Fe Springs, West Whittier, South Whittier, Whittier, and North Whittier. According to data from the 2000 Census and the 2017 American Community Survey, the percent of Latinx households in these neighborhoods increased from 66% in 2000 to 76% in 2017, well above the Los Angeles County average of 48% in 2017. Meanwhile, the percent of white households in the same communities declined from 27% in 2000 to 17% in 2017. This seems to suggest that these particular communities of color are actually not being displaced by these interventions, and instead families in these neighborhoods continue to reap the benefits of strong schools. 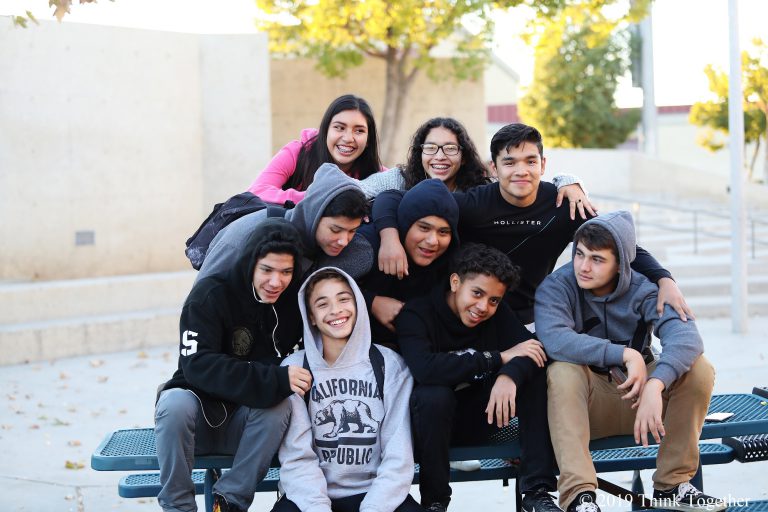 What’s more, over the same time period these increasingly diverse neighborhoods benefited from dramatically expanded educational and economic opportunities. The share of residents with less than a High School degree fell from 30% in 2000 to 20% in 2017, while the college graduation rate grew by 9 percentage points. These educational gains, in turn, improved community livelihoods. In 2016, only 12% of households had incomes below the federal poverty line, well below the Los Angeles County average of 17%. Moreover, median income increased for every neighborhood in the district from 2000 to 2016, with the aggregated average growing from $65,332 in 2000 to $68,451 in 2016, well above the Los Angeles County neighborhood average of $57,952.

To remain an economic powerhouse, California needs 1.65 million new college graduates by the year 2030. According to a 2018 report from the Campaign for College Opportunity, by 2060 nearly half of all California residents will be Latinx and disproportionately young. Therefore, it is not only a moral imperative that we provide all students with a high quality education, but it is also of great economic importance to the state that we ensure public schools are serving this growing population of Latinx students and propelling them toward success in college and beyond. 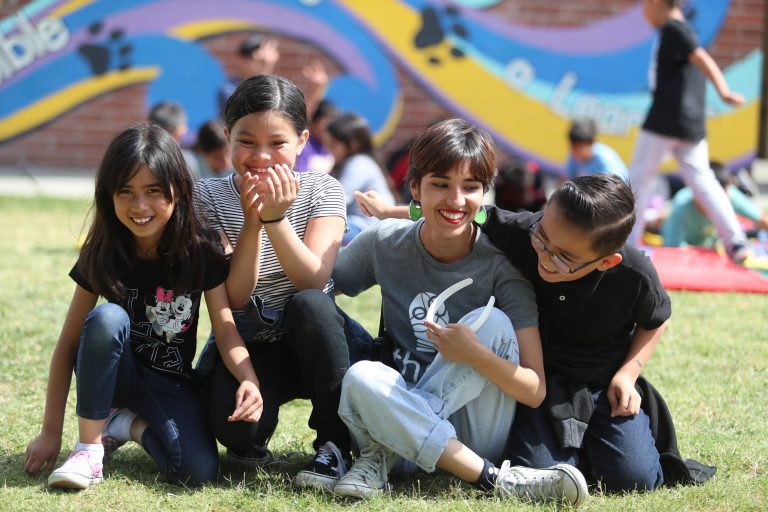 If we change the conditions surrounding students so that all neighborhoods have equitable access, resources, and opportunities, then we empower students to change their odds. Based on this belief, Orenda and Think Together are extending their model to other districts throughout Los Angeles County. Having partnered with a number of schools and districts in Southeast Los Angeles over the past decade including Lynwood Unified, Little Lake School District, and Los Nietos School District, both organizations are currently working with cohorts of schools in LAUSD. In addition, they are partnering with districts across California, including Orange County, San Diego, and the Inland Empire. With efforts like these, communities throughout California can feel confident that their children – regardless of income or race – are being equipped with the tools they need to ensure that demographics do not determine destiny. 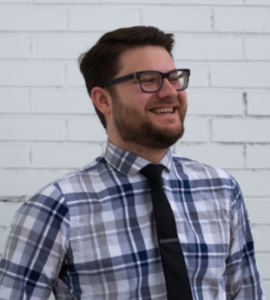 Colin Caprara is a Research Assistant at Price Center for Social Innovation and a Master of Public Policy student at University of Southern California. As a public policy researcher, Colin is interested in using data to improve equitable access to education, housing, and employment. Prior to USC, Colin worked at Reno & Cavanaugh PLLC where he conducted legal and political research on public housing. Before that, Colin served the U.S. Senate Select Committee on Ethics where he researched Congressional history, parliamentary rules, and case law.

The Campaign for College Opportunity (2018). State of Higher Education for Latinx in California. Accessed January 11, 2019 from: https://collegecampaign.org/wp-content/uploads/2019/10/State-ofHigher-Ed-Latinx-Report-2018.pdf